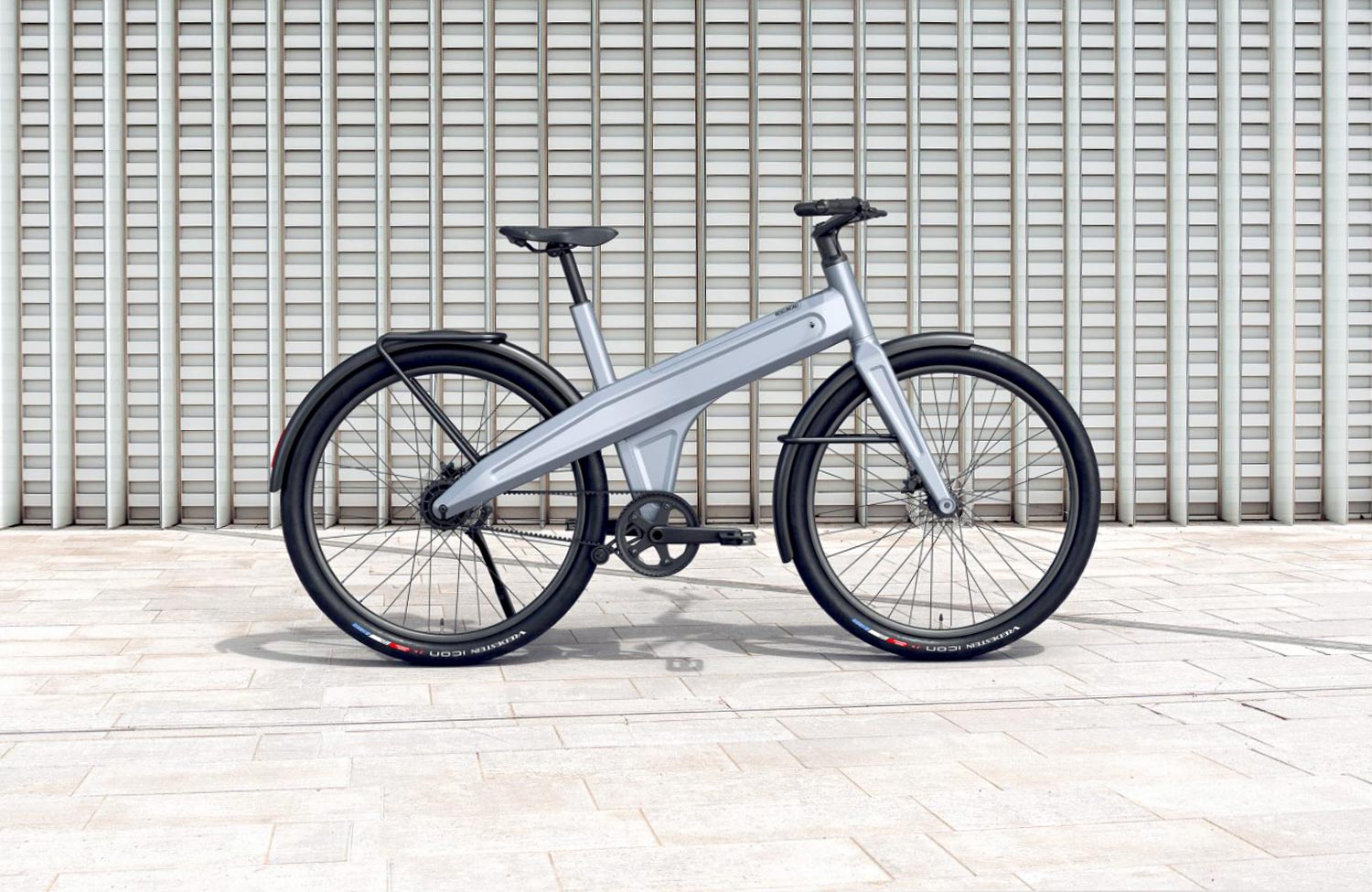 Mokumono Polder: E-bike with a unique design — made in Europe

If you already found the design of Mokumono’s two Delta S and Delta C e-bikes daring, the Dutch company is now surprising you with the new Polder model — whose appearance is at least as radical.

And as with the first-mentioned bikes, the production process also determines the design of the Polder. Mokumono’s goal is to build a bike that is 100% made in Europe and produced sustainably. The frames are made entirely in the Netherlands, which is a rarity in the bicycle industry – usually they are made in Asia. In order to be able to compete with the low prices there, Mokumono’s frames are manufactured using new methods that are otherwise more familiar from the automotive sector. Thus, pressed aluminum plates are welded together, which then leads to these bike frames with a very unique look.

The design of the Polder e-bike exudes a certain retro charm, but is so consistently reduced and clear in its lines that it appears ultra-modern at the same time. The main part of the frame slopes backwards, making it easier to get on and off the bike, and the interior also houses a removable battery. This offers a capacity of 360 Wh, alternatively a battery with 540 Wh capacity can be ordered.

As with the other Mokumono bikes, the Polder also relies on a singlespeed drivetrain without gears. New, however, is the motor from Innotorq (now owned by Fazua from Munich) in the rear wheel, where the torque is also measured. For comparison: Delta S (by the way, already tested here) and Delta C still use a drive from Hyena from Taiwan with a permanently installed battery and only 250 Wh capacity. The power transmission is taken over by the well-known belt drive from Gates, an additional pulley ensures the permanent tension of the belt.

As with the frame, the cockpit also convinces with clear shapes: the angular and backward-curved handlebar-stem unit should ensure a comfortable riding position, and the two brake lines disappear directly into the frame at the stem and provide a tidy look. Otherwise, there is only a bell and a smartphone mount from SP Connect (reviewed here) — because the Polder bike does without any additional controls and can only be operated via the smartphone app from Mokumono. Thanks to an auto-unlock function via Bluetooth, however, you don’t even have to pull out your smartphone before riding: the bike automatically detects when the smartphone and its owner are approaching and then turns the electric system on by itself.

For better visibility, an LED light is integrated at the front of the frame, but this should only be good as a position light and can therefore not replace a real headlight. The rear light, on the other hand, is integrated into the wide mudguard, which is also equipped with a rack. The width of the mudguard is of course dictated by the tires: a 55 mm thick Vredestein Icon in 29″ format is used here. And the new bike is not exactly restrained on the scales either, with a weight of around 20 kg.

Another specialty of Mokumono is the possibility of painting all bikes in a wide variety of colors according to the customer’s wishes. The Polder is no exception and is available in around 20 colors (glossy or matte) for a surcharge of 250 euros. Only the standard color Silver Gray costs no extra, which also makes the comparatively low base price of only 2,590 euros possible. In addition to the desired color, the larger battery is available as an option for another 200 Euros.

The bike can be pre-ordered now, but delivery will not take place until September of this year. More information about the new Polder e-bike is available directly from Mokumono.