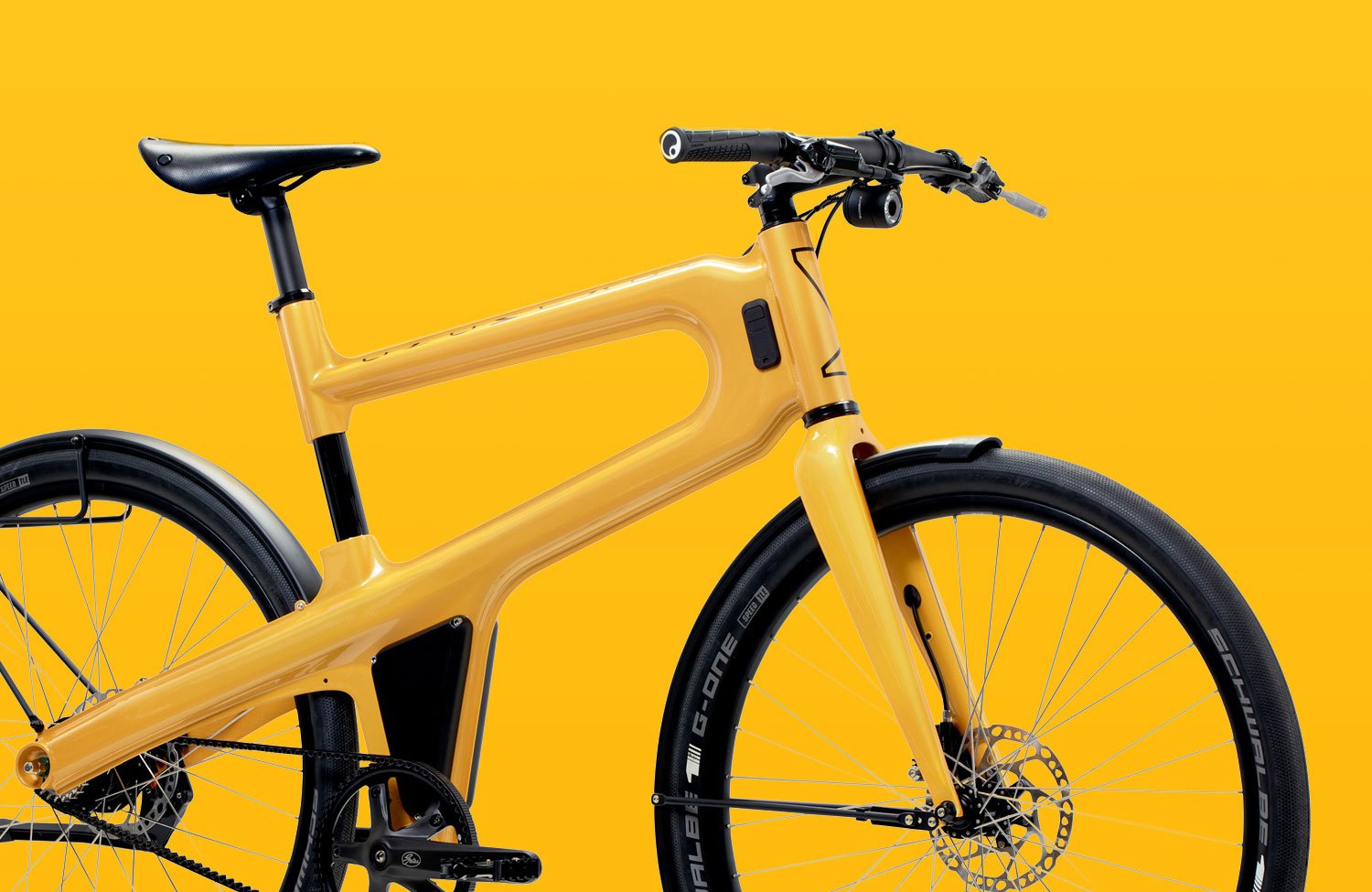 Unique and now also available as an e-bike: the Mokumono Delta S

Mokumono should already be familiar to the readers of UrbanBike.News, as this unique bike was introduced in 2017. Unique, actually, because the frame – similar to the production process in the automotive industry – is pressed from two aluminium plates and then welded together using robot-assisted 3D laser welding.

This automated production process also made it possible to bring the production of the frames back to the Netherlands – instead of producing bicycle frames in Taiwan and then shipping them halfway around the world as is usually the case.

With the new Mokumono Delta S, the company continues to rely on this production technology, but at the same time manages to install the necessary electrical components for an elegant e-bike. This is so well done that you really have to look twice to differ between the analogue and electric Mokumono!

By the way, the electrical system here does not come from Mahle Ebikemotion, which has recently found its way into many clean urban bikes. Instead, a Hydrive drive system is used, consisting of a 250 watt hub motor in the rear wheel and a torque sensor in the bottom bracket, which should provide the most natural ride. The battery is a proprietary development by Mokumono and offers a capacity of 250 Wh – which should be sufficient for a range of 60 km. The charging socket, which holds the plug magnetically, is also positioned at the battery. There is no display, but the on-off switch on the side of the head tube also shows the battery capacity in three LED levels. A matching smartphone app is available for more detailed information. So this is also a minimalist approach, as you already know it from many competitors.

In combination with the single-speed drive, the Mokumono Delta S relies on the largely maintenance-free and whisper-quiet Gates Carbon Drive toothed belt drive. The disc brakes are hydraulic and come from Magura, the saddle from Brooks’ Cambium series.

The Delta S’s commuter features for everyday use deserve a special mention: Pletscher mudguards are fitted with an integrated bag holder and the light has an integrated Supernova lighting system – an exciting detail is the saddle-mounted tail light. And despite the extensive equipment, the mokumono Delta S weighs only 14.5 kg.

Currently, the bike can be pre-ordered on the Mokumono website and delivery is scheduled to start in July. The price is quite fair at 2,990 Euros, the frame is available in three sizes (S, M, L) and two colours (Silver Metallic and Liquid Yellow Metallic). Optionally, the bike can not only be painted in the colour of your choice for an extra 250 euros, but for an extra 149 euros it can also be equipped with an integrated GPS tracker with motion alarm. This way the bike can be located even after a theft.

All further information on the new Delta S can be found directly on the Mokumono website.