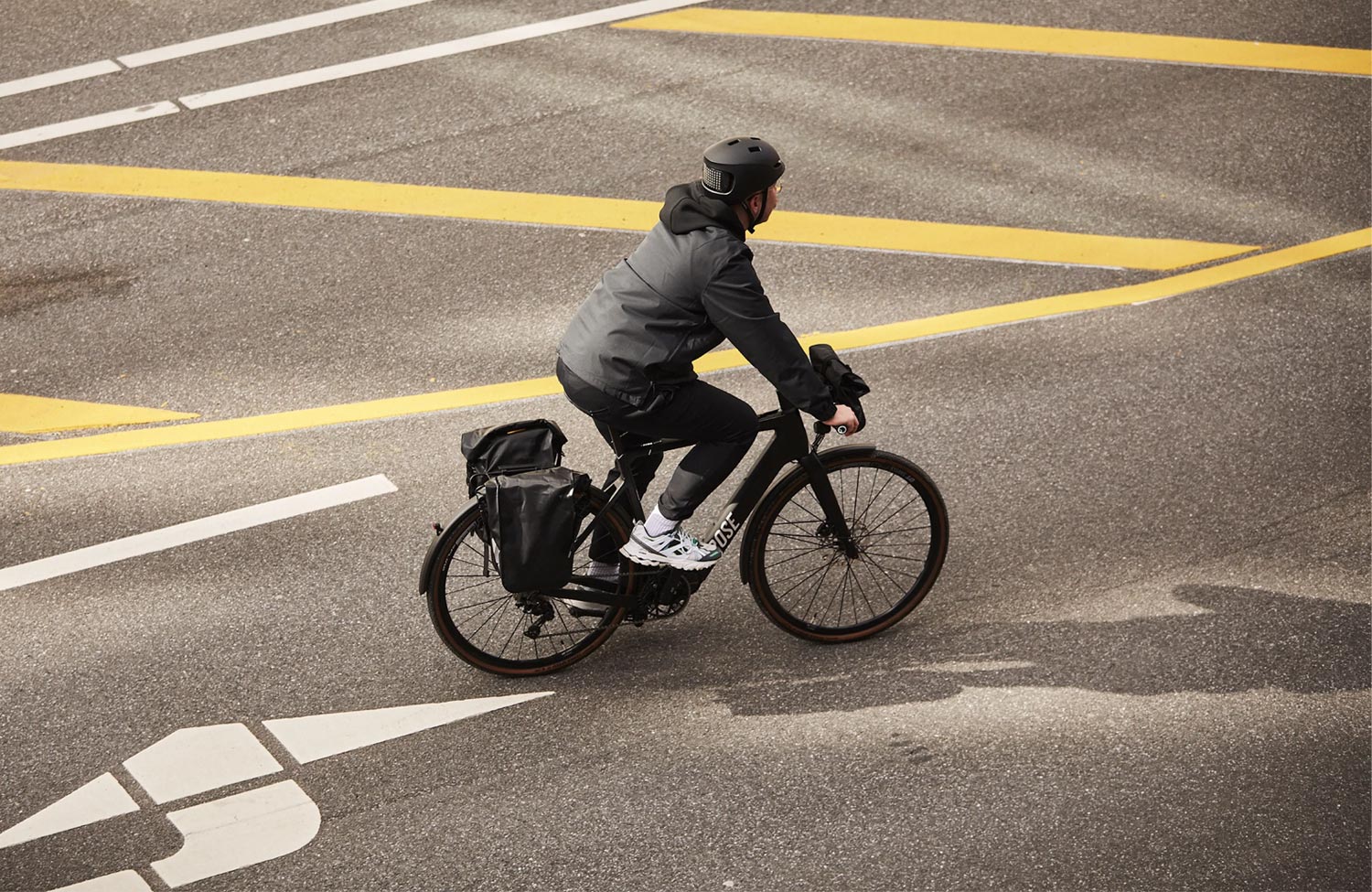 A really exciting bike comes with the Backroad+ from Rose, which is offered in several variants: as a Gravel, Fitness, Randonneur and also as an urban bike. Common to all models is the comparatively low total weight — despite a very powerful mid-motor. Thus, the Backroad+ Urban weighs just 17 kg with full commuter equipment, but has a mid-engine with 85 Nm torque on board!

Both features together are very rare so far. Although there are now plenty of lightweight urban bikes with e-drive, these are usually equipped with rather weak hub motors around 40 Nm torque. And the lightweight mid-motor systems from Fazua and Specialized (Vado SL) also offer less power at a comparable weight.

This motor comes from Shimano and it is the new EP8. At 2.6 kg, this motor is not only very light, but also formally compact, which benefits the quite slim design of the bike. The carbon frame with corresponding carbon fork also contributes to the low overall weight of the bike. However, the battery is probably even more important: with a capacity of 360 Wh, it is rather compact, but also lighter. In addition, the battery is permanently installed in the frame and cannot be removed for charging, which saves further weight.

In terms of equipment, however, the Backroad+ Urban is by no means frugal: with mudguards, luggage rack and an integrated lighting system, the bike is absolutely suitable for everyday use, even the Continental tires of the type Terra Speed are well chosen with a width of 40 mm. The drivetrain is completed by an 11-speed Deore derailleur, the hydraulic disc brakes are also from Shimano. As a nice detail on the handlebars, all cables and wires are routed directly into the stem, which gives the bike a pleasantly tidy look — a trend that we had already praised at the beginning of the year.

In addition to the black variant, the Backroad+ Urban is also available in bright sand/light lime, the frame is available in four sizes from S to XL. The bike can already be pre-ordered for 4,499 euros, but delivery is likely to be delayed until 2022.