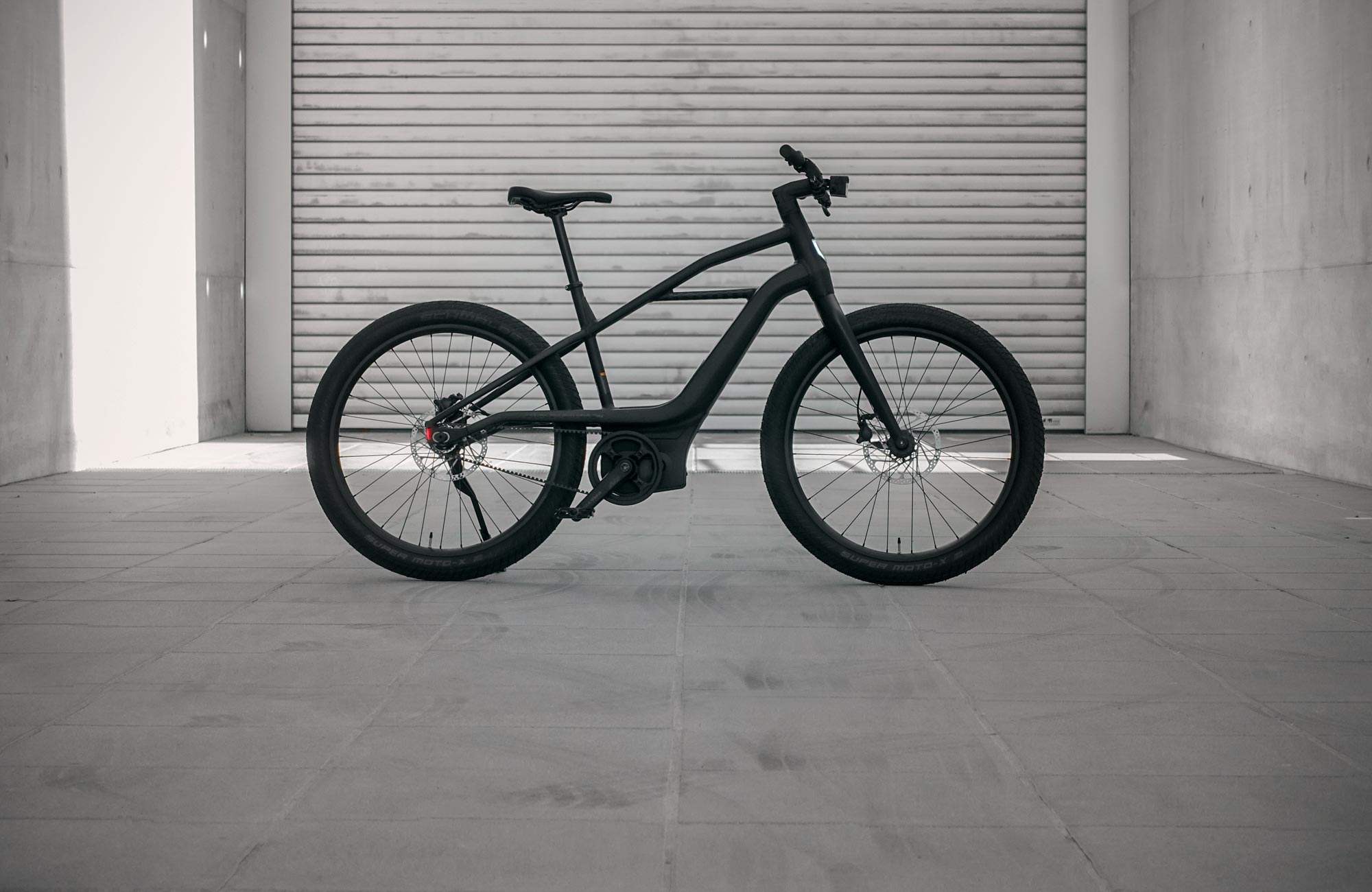 Serial 1 — the e-bike brand of motorcycle legend Harley-Davidson — was launched at the end of 2020. The company presented a spectacular design concept, which has made it to the production model in a somewhat modified form: Mosh/City is the name of this extraordinary bike with singlespeed drive, a powerful motor and several exciting details. This test shows how the e-bike with motorcycle genes performs in everyday use.

Black, pure and unique: the Mosh/City’s visual appearance makes it clear that this is not an off-the-shelf bike. With its steeply sloping top tube, the frame has a dynamic look, and the horizontal brace between the top tube and down tube is striking. Equally striking is the integration of the rather large Brose mid-motor. However, “integration” is the wrong word here — because Seriel 1 does not even try to hide this motor as inconspicuously as possible. Instead, the chainstay is routed above the motor, which makes it quite conspicuous and catches the eye as if it were attached from below. The battery, however, is invisible from the outside, but can be removed for charging.

If you follow the chainstay further, you will come across a real highlight at its end: there is a tail light integrated flush into the frame on both sides, which is not only useful for safety reasons, but also for a cool look. The counterpart to this can be found at the front of the head tube: the logo is integrated there in the form of a coat of arms, which acts as a daytime running light.

The fact that the handlebars of the bike look particularly clean has several reasons: on the one hand, there is no need for a gearshift and cable due to the singlespeed drive. In addition, the brake lines are routed directly into the handlebars and the control unit of the electric drive system is compact and inconspicuous. Only the cube-shaped front headlight looks a bit clumsy, but is not too noticeable thanks to the black housing.

And black really is everything on the Mosh/City: all the add-on parts here are in a matte finish, with only discreet labels and checkered decorative elements standing out in a high-gloss finish. All in all, a very unique and consistent design.

Typical singlespeed e-bikes usually come slim and light, but the hub motors installed there are among the rather weak drives. Quite different the Mosh / City, because here is a strong Brose S Mag mid-motor with a huge torque of 90 Nm installed! The power is transmitted with a Gates Carbon Drive belt to the rear wheel, the battery offers a capacity of 529 Wh. The whole thing is controlled by a small button on the handlebars, so a classic display is deliberately omitted here.

Matching the engine, the braking system with four-piston disc brakes and 200 mm large brake discs from Tektro is also generously dimensioned. And the almost 7 cm wide Schwalbe Super Moto-X tires in the format 27.5 x 2.8 inches is more than lush, which is probably why Serial 1 also does without a suspension or suspension fork.

The integrated lighting system has already been mentioned, here the rear lights and the very bright daytime running light in the head tube are permanently on when the drive system is activated. The large front headlight can separately be turned on if necessary. The bike doesn’t have mudguards or a rack in favor of the cool look, but it does have a bike stand — which proves to be quite practical in everyday use.

Weighing in at 21.1 kg in size L, the Mosh/City is no lightweight, but it is certainly still one of the lighter e-bikes with the powerful Brose drive.

Typically, the operation of an e-bike focuses on the electric drive system, especially if it is a singlespeed model without gears. This is also the case with the Mosh/City, where the central control element is located on the left side of the handlebar.

The compact Brose Display Remote activates and deactivates the drive, plus and minus buttons can be used for switching through four different levels of support, and there is also a separate button for the headlight.The pressure point is very good, which allows the remote to be operated precisely.

A row of LEDs is integrated on the side to display the remaining battery capacity in five steps ( 20% each). If you change the driving mode, this LED display then shows the respective mode from step 1 to 4. A drawback, however, is that the LEDs are difficult to see in bright sunshine.

The battery is placed from above in the down tube and offers an additional, own LED display, with which the charge status can be displayed in four levels at the touch of a button. The lock for the battery is located on the left side, where you will also find a charging socket that allows you to charge the battery directly in the bike. A good thing, because the mechanism for removing the battery turned out to be a bit tricky in the test.

Sitting on the Mosh/City for the first time, the relationship with Harley-Davidson becomes immediately clear: a chopper feeling comes up, you sit very upright and almost comfortable on the bike!

The Brose motor seems to be the perfect partner for this, because thanks to the high torque, the effort for the rider is always moderate — even though the bike does not have a gearshift. Instead, the bike can be used in such a way that the motor’s speed levels take over the function of a gearshift. Thus, the highest mode is clearly too powerful on the flat, especially since the motor delivers its power linearly and largely independent of the pedaling force. Therefore, it makes sense to switch to the weak Eco mode, which still offers sufficient support. If the road then becomes more demanding or steeper, you can simply switch to a stronger mode with the easy-to-use handlebar button. Even steep climbs could be mastered with the Mosh/City quite effortlessly, which was definitely impressive! Equally impressive is the noise level of the motor, which is only perceptible as a quiet whir even under full load.

Reason for the surprisingly good performance on the mountain is certainly also the gear ratio with 50 chainring in front and 22 sprocket rear (ratio of 2.27). Conversely, however, you have to make concessions when riding fast on flat roads: here, the cadence becomes uncomfortably high at speeds above 25 km/h — so you’d rather cruise along comfortably at a slightly slower pace.

On long descents, however, the speed increases automatically and then at the latest you are happy about the solid braking system: thanks to large brake discs, the brakes are stable, while also well dosed and still gripping well.

Equally good in everyday use are the fat tires, which allow a low air pressure and also effectively dampen coarser bumps. You do not really miss a suspension with them! Saddle and grips do their job inconspicuously and in conjunction with the upright seating position, the ride on the Mosh/City can definitely be described as comfortable.

An unusual design, the combination of a powerful mid-motor and singlespeed drive and a relaxed seating position: the Mosh/City is neither adapted, nor commonplace or even rational! Rather, it sets its own accents and thus also perfectly transfers the image of Harley-Davidson into the world of e-bikes.

The powerful motor does the work while riding and you do not need to worry about the right gear — as there is only one. And yet you can master almost any climb with the bike without getting out of breath! Otherwise, the focus of the bike is on leisurely cruising, which matches the comfortable seating position and the quiet drive excellent. The controls of the electric drive are reduced to the essentials and easy to operate with the compact button on the handlebars.

The bike’s workmanship is good and all components seem really robust. Only the somewhat awkward mechanism for removing the battery could be better. A highlight, however, is the integrated lighting system, which makes the Mosh/City even more eye-catching.

For 3,499 euros, the Mosh/City is available in the reviewed color Matte Black/Gloss Midnight Black. Alternatively, the bike is also available with blue accents — in each case in four frame sizes from S to XL. More information is available on the Serial 1 website. 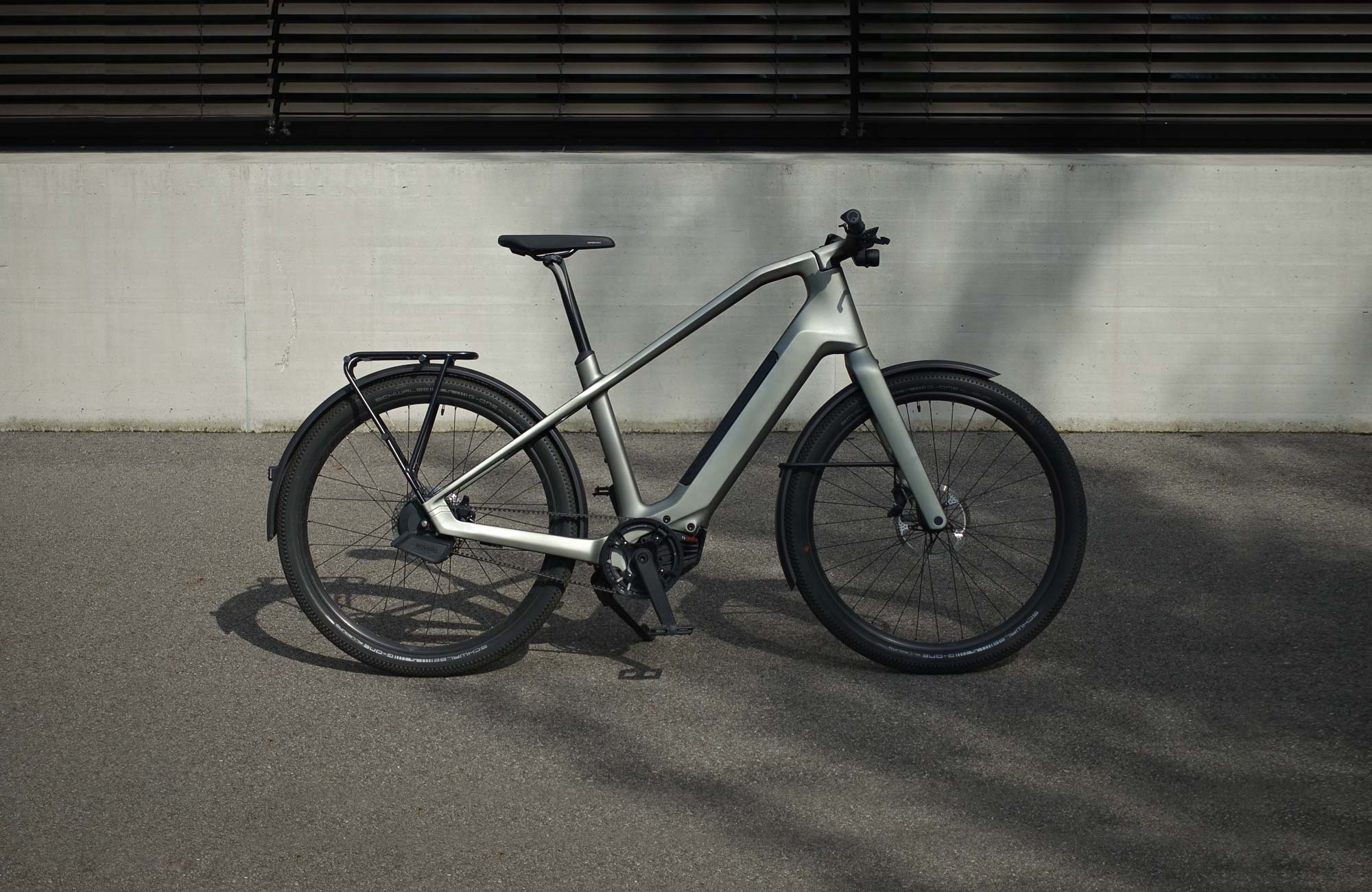 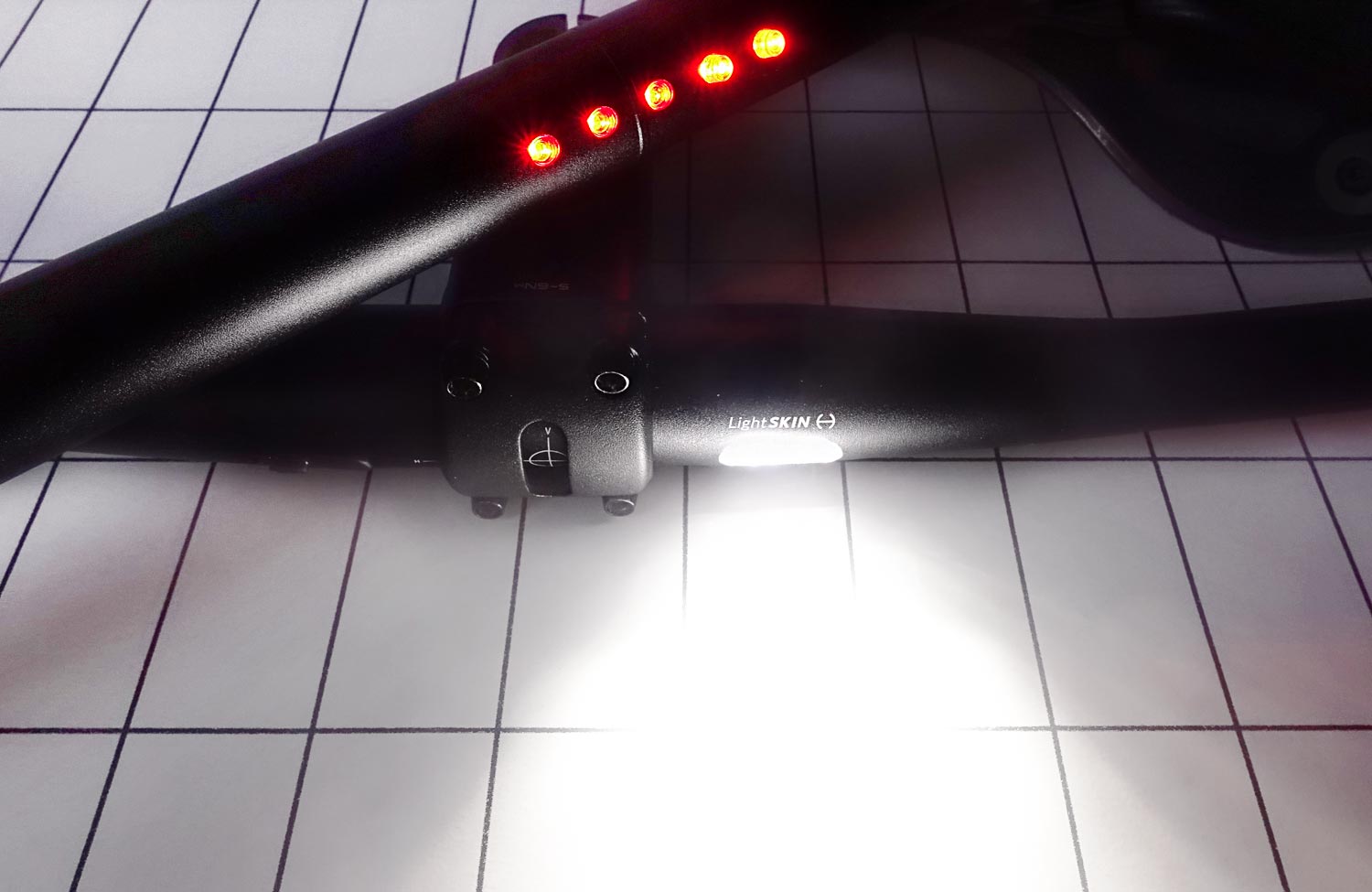 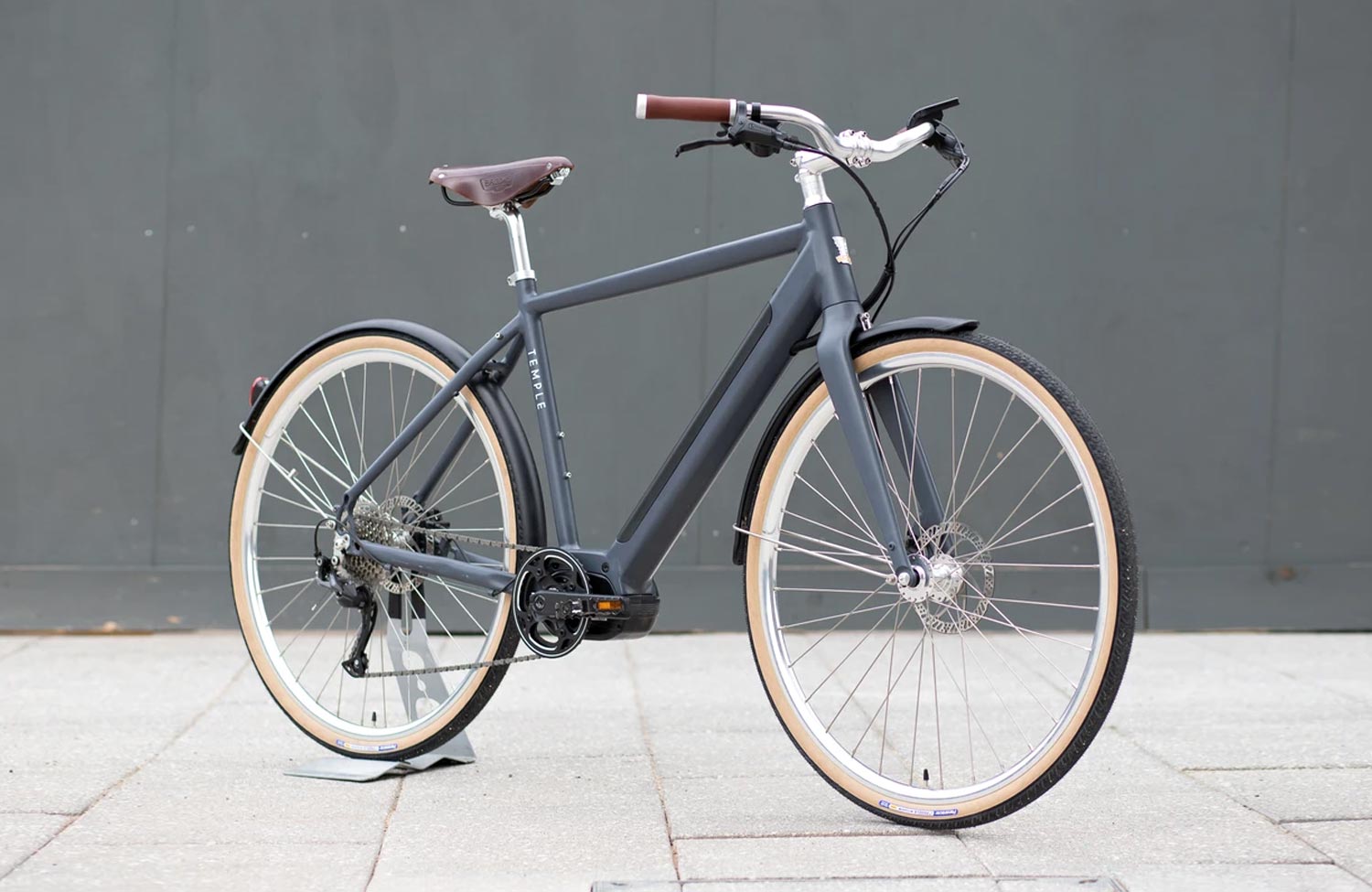 E-bikes with a classic look: the new Temple Electric Bikes 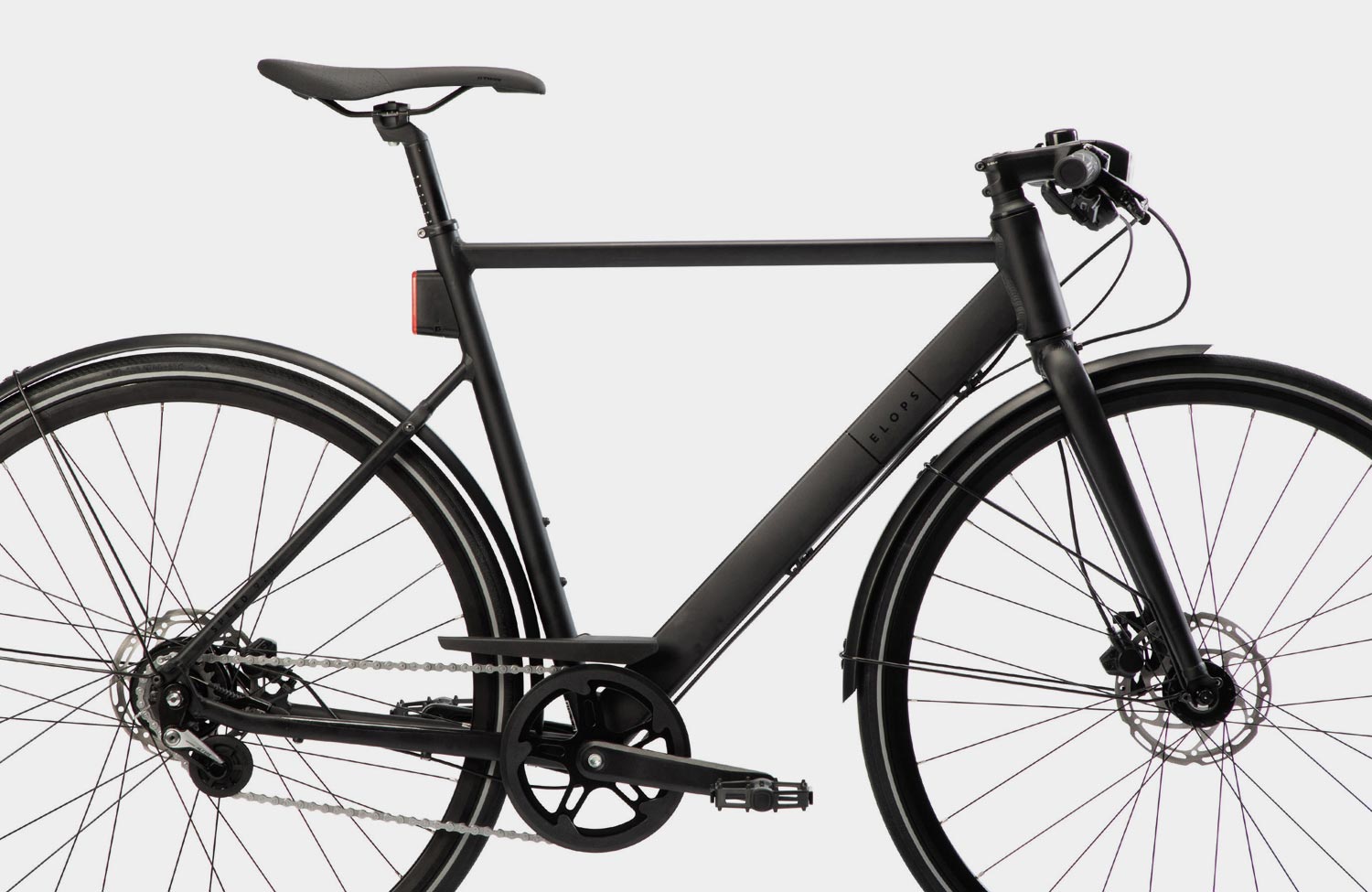 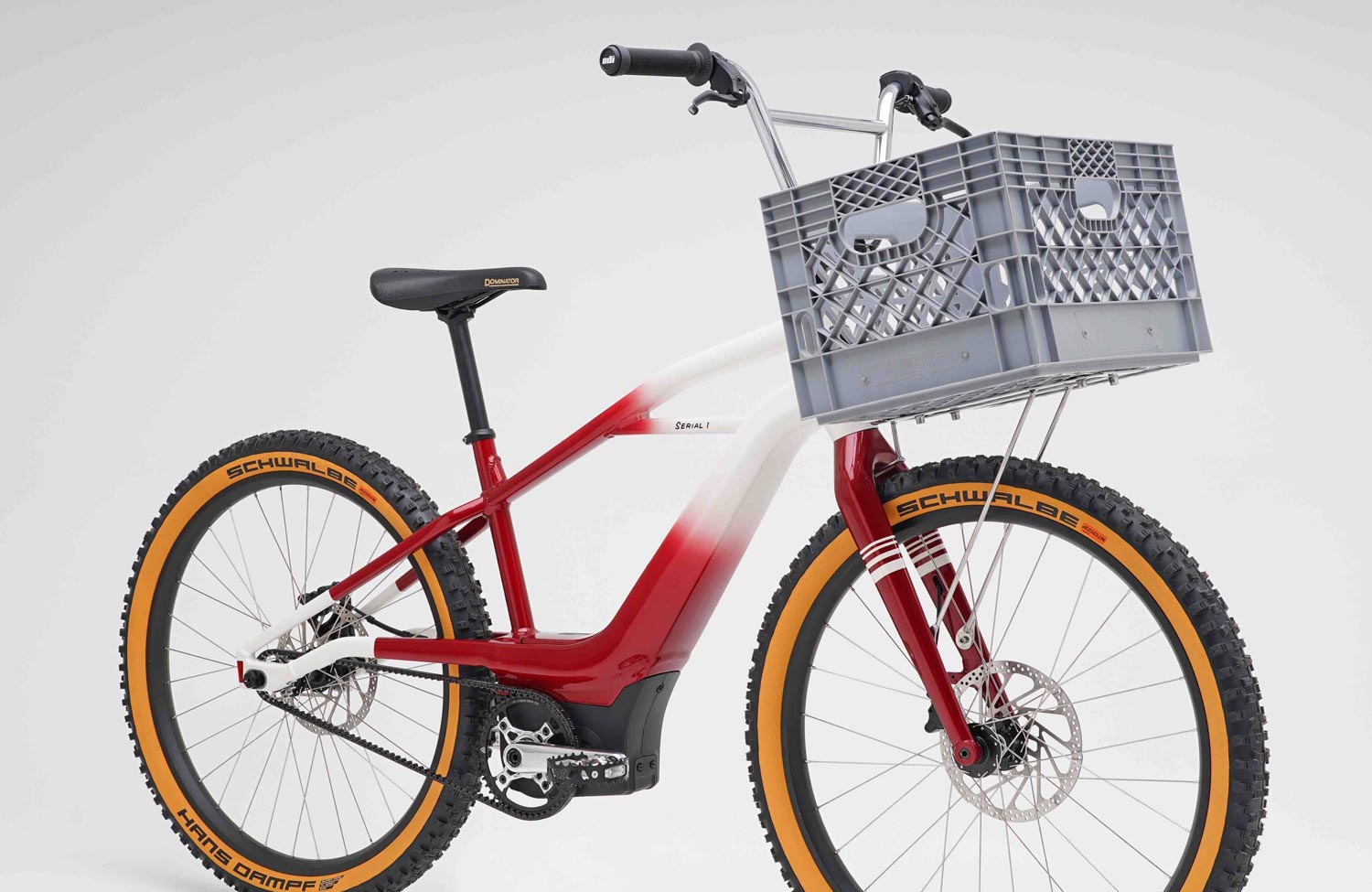 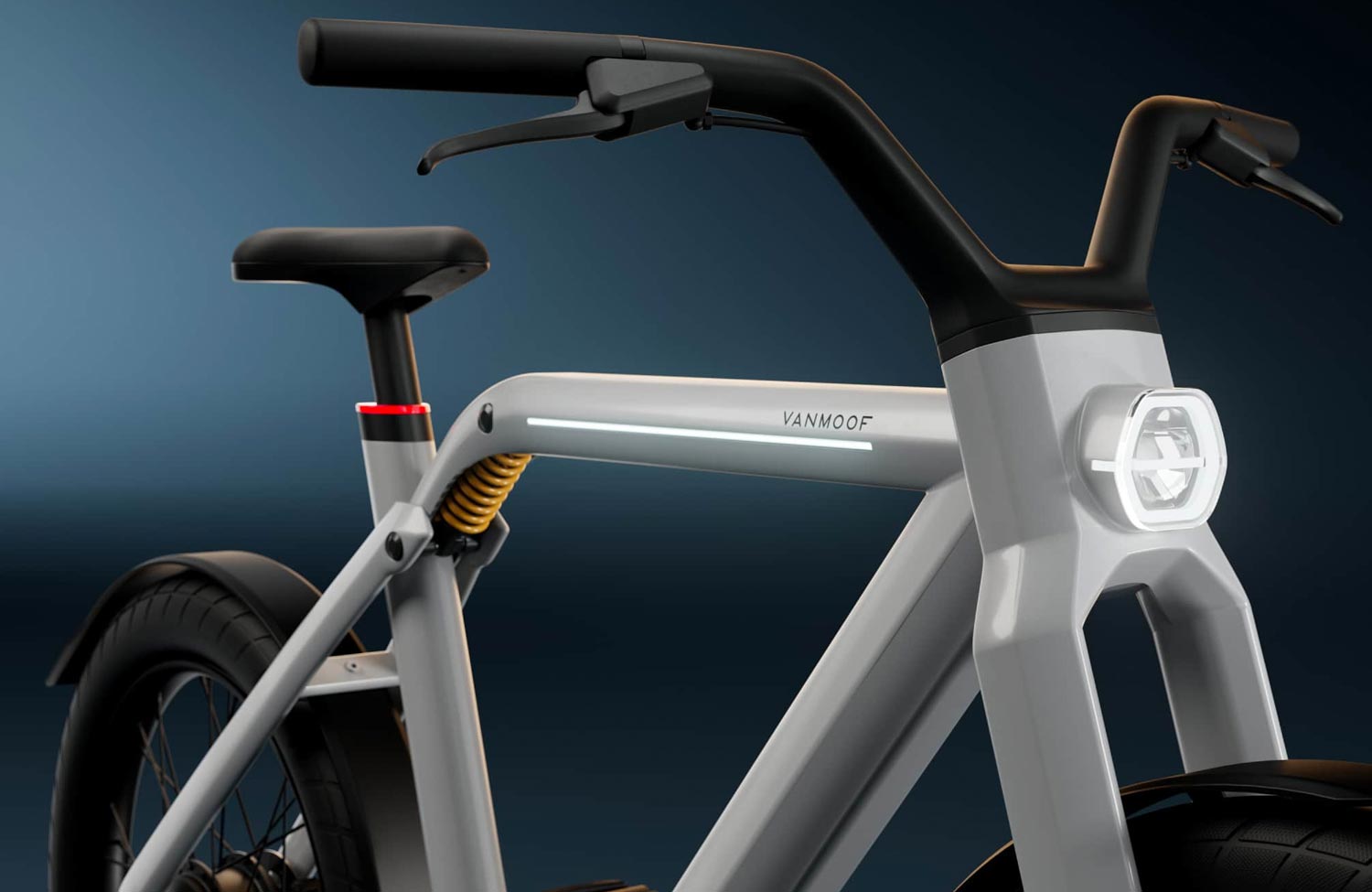 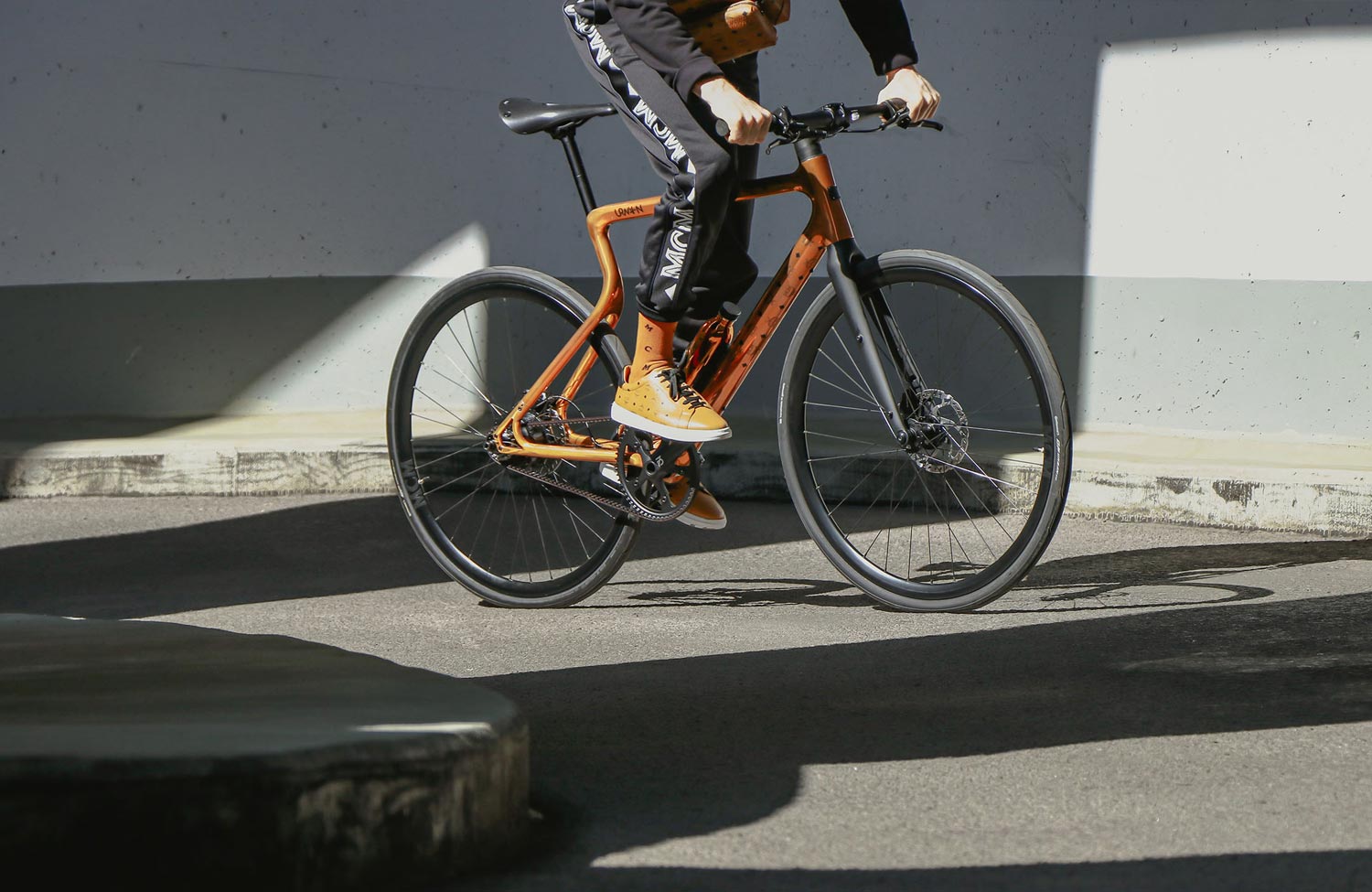 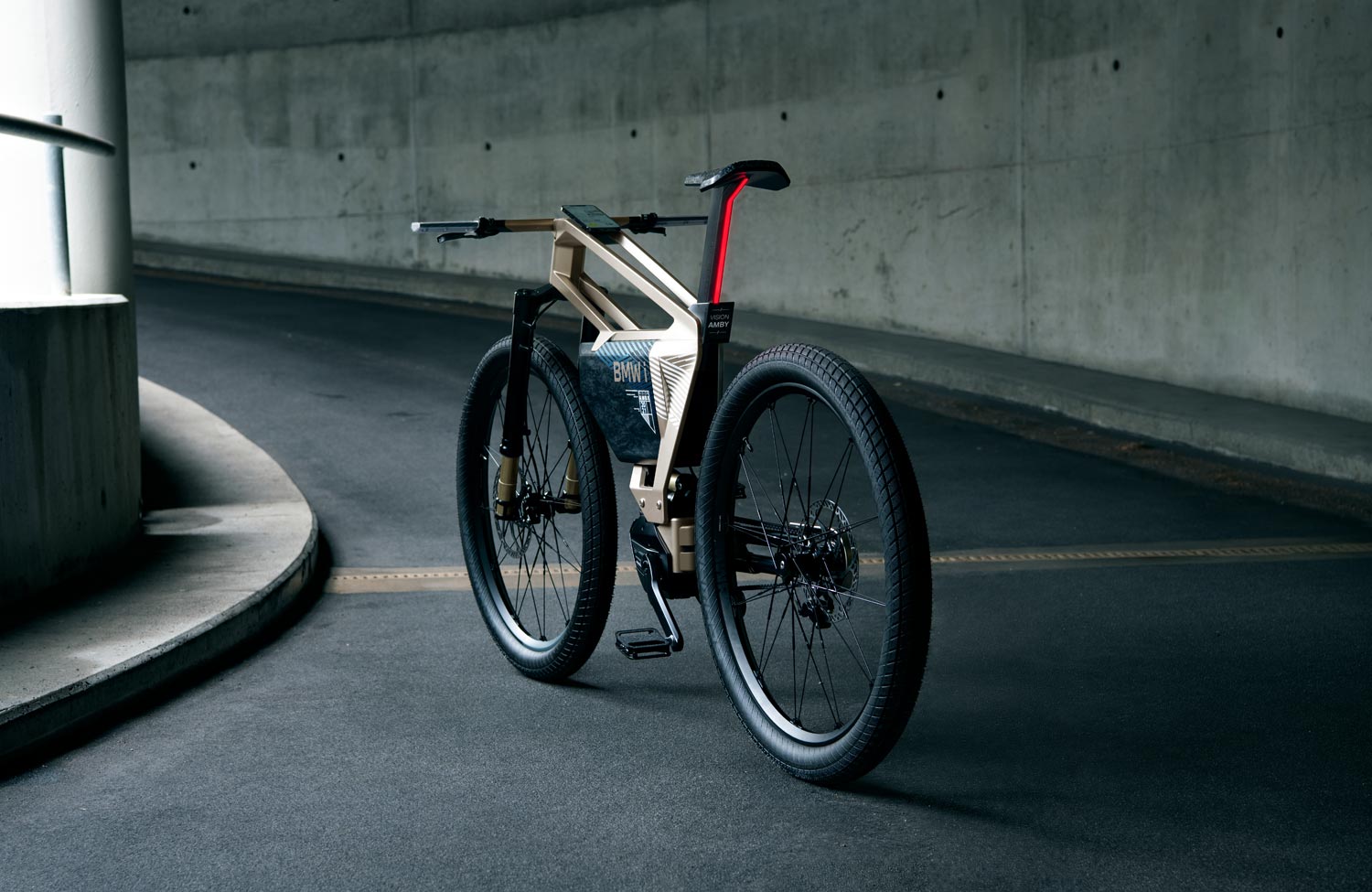 Concept of an urban high-speed pedelec: BMW i Vision AMBY