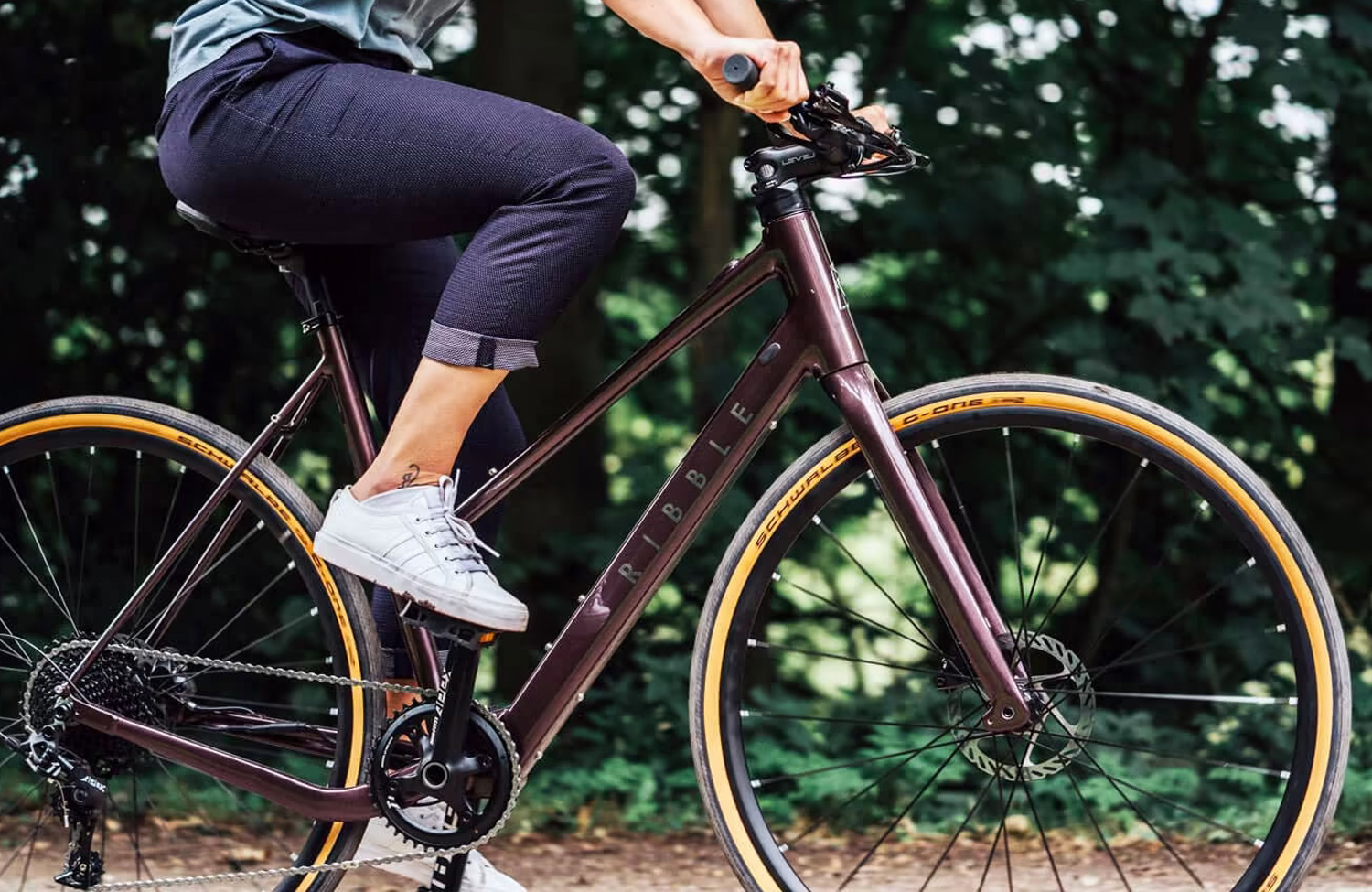 Ribble Hybrid Bikes: Lightweight and affordable e-bikes from the UK

The list of comparatively light and slim e-bikes with Mahles’ popular X35 drive system seems never-ending. Ribble from Great Britain, for example, also uses this system and installs it not only in many road bikes, but also in the Hybrid AL e urban bike series.

In short, the drive consists of a 250 watt hub motor in the rear wheel and a slim battery with 250 Wh, which is permanently installed in the down tube of the bike. The system is controlled quite minimally via a button on the top tube. This not only displays the battery capacity, but also allows the desired speed level to be selected. A traditional display is deliberately omitted, but you can optionally use your smartphone with the corresponding app.

Ribble uses an 11-speed derailleur from SRAM’s NX series, and the hydraulic disc brakes come from Tektro. The tires are relatively narrow with 35 mm and certainly also contribute to the light total weight of the bikes: this should be between 13 and 15 kg depending on the equipment.

With the regular Hybrid AL e Ribble offers a diamond frame in the colors blue and copper, which is particularly noticeable by its curved seat tube — which is definitely a matter of taste! The bikes are also available in a so-called Fully Loaded Edition, which then includes a commuter equipment with rack (in frame color), mudguards and a battery (!) lighting kit. Why one does not set here on an integrated solution with connection to the e-bike battery, can probably only answer the manufacturer itself.

Much more interesting, however, is the step-through version of the bikes, which comes with a comfort frame in trapezoid shape! Here, Ribble also installs a compact thumb switch on the handlebar, with which the electric drive can be operated much more intuitively. In addition, the cables and wires in this model are quite contemporary over the stem in the frame to lead – which makes the handlebars look much tidier. All in all, a really interesting bike that also looks great in Deep Berry paint.

And to top it all off, Ribble delivers with the CGR AL e Step Through still an additional variant of the comfort frame with drop bars and Shimano’s Tiagra or 105 shifting. A truly exceptional bike, which can inspire!

In summary, it remains to be said: Ribble’s hybrid step-through bikes are top-notch, while the models with diamond frames fall significantly in comparison. At least this is also reflected in the price: the diamond frame models are slightly cheaper than the step-through bikes at 2,100 euros and 2,200 euros, respectively. These cost (still moderate) 2,200 and 2,300 euros, respectively, and the racing handlebar models then start at 2,300 euros.

All further information about the bikes is available on the Ribble website.