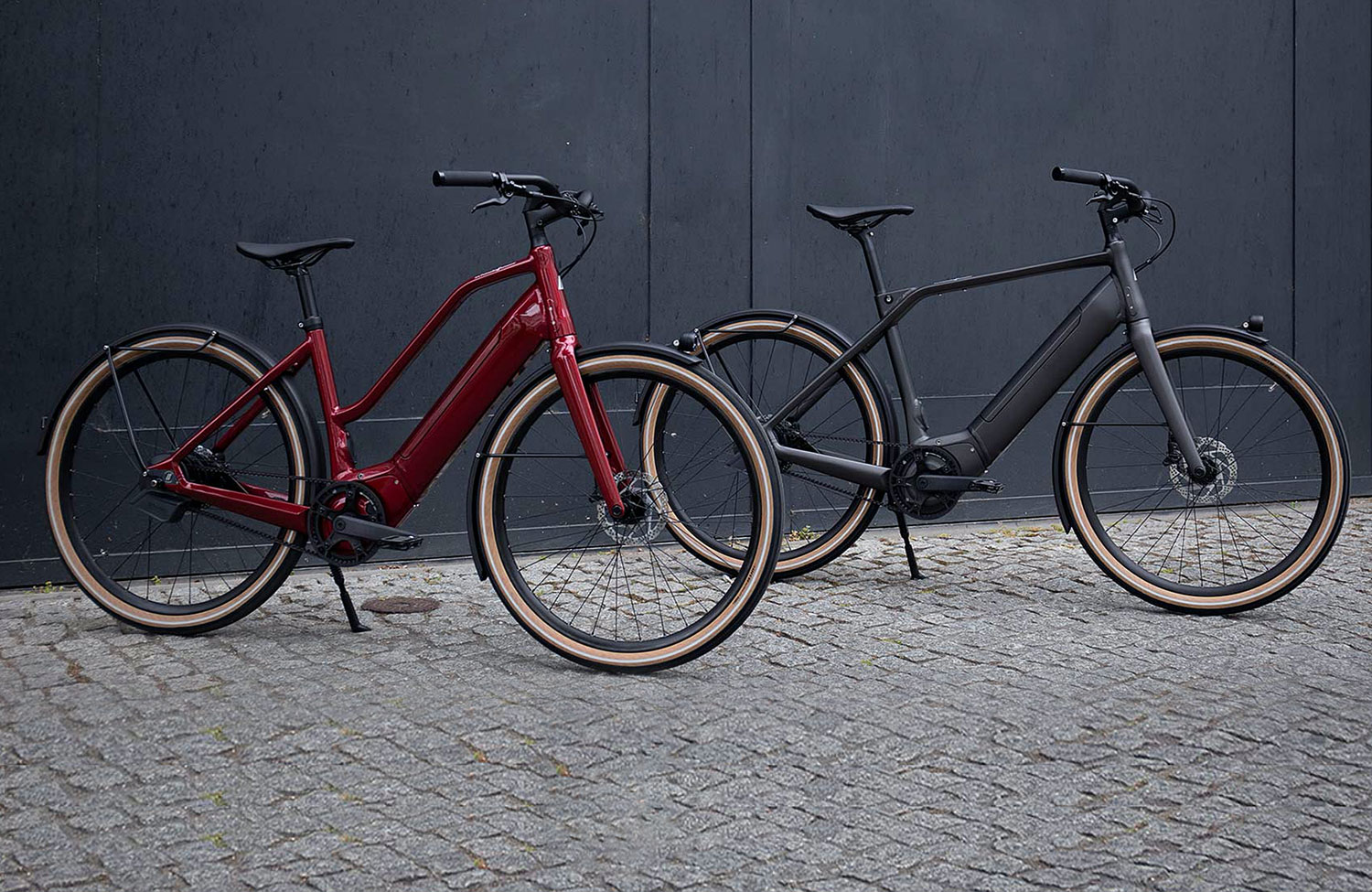 Schindelhauer extends the range of the electric urban bikes Hannah and Heinrich by a new and exciting option. The new models each have the suffix enviolo in their name, which refers to the gear hub used. The new bikes are equipped with the stepless shifting system from Enviolo (formerly known as NuVinci) instead of the usual Shimano Alfine hub gears with eight fixed gears.

The usual steps between the gears when shifting are therefore no longer present. Instead, you always pedal constantly at your preferred cadence — no matter whether you are going uphill or downhill. With a total gear ratio of 380 percent, the Enviolo gears also cover a wider range than the Alfine hub mentioned above with its 306 percent. And another advantage: thanks to Enviolo’s AUTOMATiQ control, there is no need for a separate shifting control element and wiring. This task is then performed by the Bosch drive’s built-in control system.

Both bikes are powered by the quite powerful Bosch Performance Line motor, and the battery is the same as before: Bosch’s Powertube model with 500 Wh in the down tube. Instead of the Purion display, the modern Bosch Kiox display, which is centrally located on the handlebars, is now used for control.

The two new versions differ from the well-known (and still available) Hannah and Heinrich models in other details as well: The power transmission is taken over by the well-known Gates belt drive, typical for Schindelhauer. However, the hydraulic disc brakes are now from Shimano’s MT401 series. The Enviolo models also lack the glossy-polished components; instead, all parts are black — with the exception of the frame, which is painted graphite black for Heinrich and garnet red for Hannah.

The commuter equipment with sturdy mudguards including a rear rack and the Supernova lighting system is already familiar from the previous models, but the front rack is now only available as an optional extra.

The new automatic transmission is also reflected in the weight of the two bikes. At 24.7 kg, the Enviolo bikes are another kilogram heavier than the already heavy models with Shimano’s hub gears. On the other hand one should also consider that in this weight class this one kilogram doesn’t really make a big difference anymore. When it comes to price, however, the difference between the well-known models and the two new models becomes more obvious: The Enviolo bikes Hannah and Heinrich cost 4,995 Euros, which makes them 600 Euros more expensive than the models with the usual hub gears.

All further information about the new Urban Bikes with automatic transmission from Schindelhauer can be found on the Schindelhauer website.