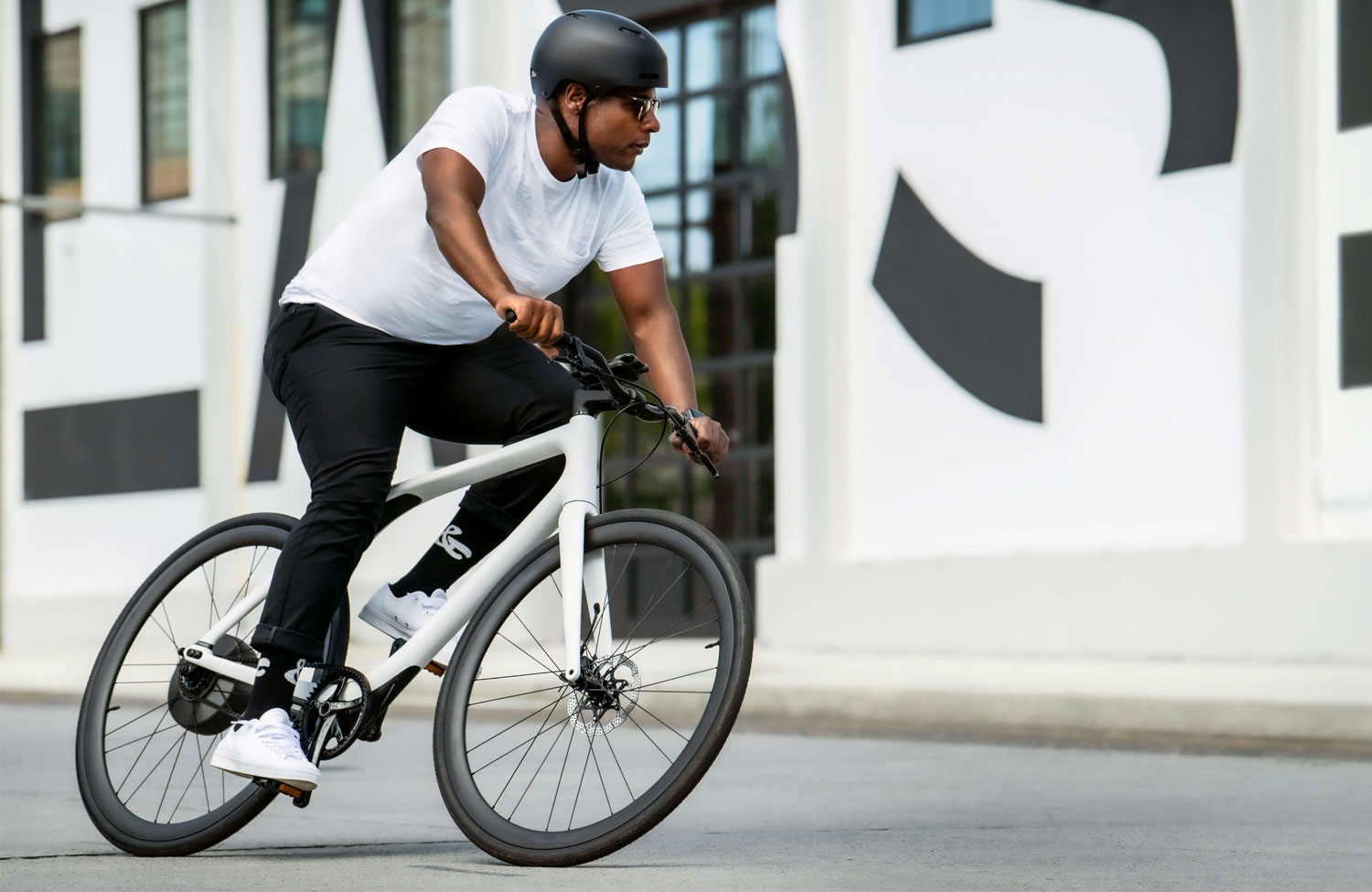 With Gogoro, a new competitor is entering the market of e-bikes, which is slowly becoming more and more confusing — although this is by no means a newcomer. The Taiwanese company used to produce electric scooters in particular, which gained popularity thanks to a replaceable battery system, among other things. Now they are expanding the business field and with the Eeyo they are bringing an e-bike that wants to score points above all through its low weight.

The Eeyo in its lightest version weighs just under 12 kg, which is mainly due to the consistent use of carbon: the frame and fork are made of this light material. Particularly striking is the shape of the frame, which is designed without a seat tube. So one can certainly speculate that this frame construction in combination with the carbon material could provide a bit more riding comfort – after all, carbon can be constructed to flex in certain directions, which is also used by various carbon seat posts. By the way, the frame is only available in one size, different heights are compensated with seat posts of different lengths.

The drive is based on a single speed system with the Gates Carbon Drive belt drive and a hub motor in the rear wheel. However, this is not only the motor, but also the so-called “Eeyo Smartwheel”, which combines the motor, the battery and the torque sensors in one housing. A principle we already know in a similar form from the Zehus drive (although with the Eeyo there seems to be no possibility of recuperation). The capacity of the battery is not specified in more detail, but it is said to offer a range of up to 65 km and is recharged in 2.5 hours.

A smartphone app is also part of the system and is absolutely necessary, as it is the only way to unlock the bike. In addition, the usual adjustments to motor support and display of battery status and speed etc. can be made.

Currently the Gogoro can be pre-ordered in two versions: As an ultra-light Eeyo 1S weighing just under 12 kg, which is even equipped with carbon rims and where other components such as the handlebars are also made of carbon. The price for the bike, which is only available in white, is 4,599 USD. The regular Eeyo 1 is cheaper at 3,899 USD, but weighs half a kilogram more — which still results in a very light total weight of around 12.5 kg. This is due to aluminium rims, handlebars and seat post. The frame color is available in orange and light blue.

The price quoted in USD already indicates it: Currently, the Eeyo can only be pre-ordered in the USA (and Taiwan?), delivery should start as early as September. If it is well received there, the unusual urban bike should certainly find its way to Europe in the near future. All further information can be found on the Eeyo website.