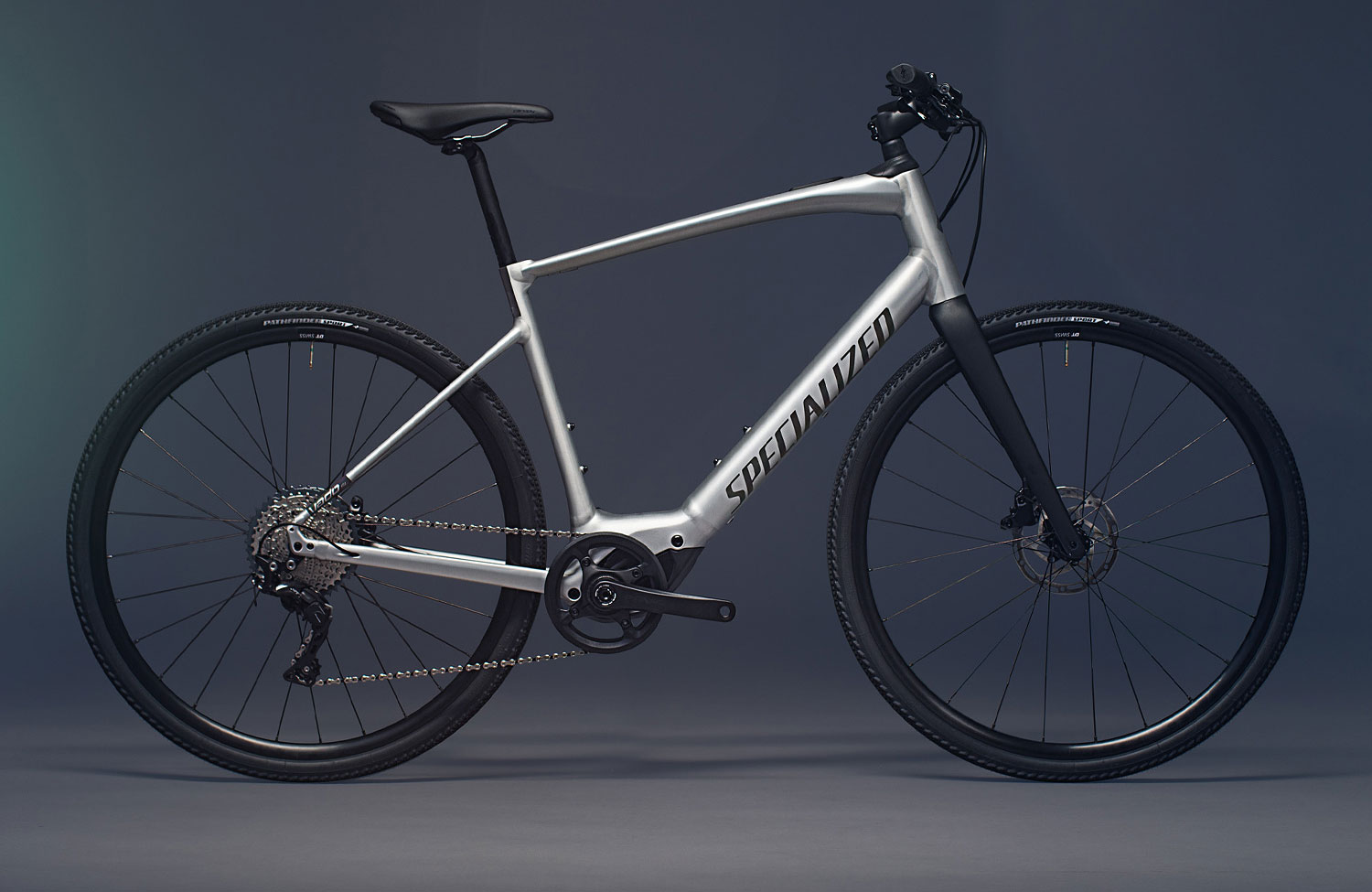 It was only a matter of time: With the electric road bike Turbo Creo SL, Specialized presented for the first time a new and relatively light mid engine, which also made its way into the new Turbo Levo SL mountain bike model range in spring. And now the new urban bikes are also being equipped with this engine: the name Vado is already familiar, but the addition of the word “SL” is new here as well.

And also for urban bikes, the new drive is characterized by the fact that its low weight enables lightweight bikes and, thanks to its efficiency, also offers a fairly long range: Specialized claims a full 130 km, and with an optional range extender it can even go up to 195 km. Such figures should always be treated with caution, as in practice many factors such as road profile, rider weight, etc. influence them. Nevertheless, these figures indicate that the new Vado SL Series is likely to be suitable for long distances.

These specifications are even more remarkable if you look at the battery integrated in the frame: With a capacity of 320 Wh, it is not even very large (the latest batteries from Bosch, Shimano or Brose currently offer capacities beyond 600 Wh). And even the optionally available range extender in the size of a water bottle is rather compact with 160 Wh. The entire drive system is said to have been developed with Mahle (who are now also behind the popular Ebikemotion drive) and consists of a battery mounted in the frame and a mid-mounted motor that offers a peak power of 240 watts at around 35 Nm. Again, the rather low power values indicate that the system doesn’t want to compete with the high-power drives. Nevertheless, the performance should certainly be sufficient, especially in urban use, similar to the Ebikemotion drive mentioned above. Similar to this, by the way, the operation is kept minimalistically simple and easy: A control button and battery indicator are mounted on the top tube, and there is no display. But if you like, you can get more information via the smart phone app. The advantage of all this is reflected in the weight: Specialized states 14.9 kg (which should apply to the Turbo Vado SL 5.0), which means that the bikes definitely count as light e-bikes!

For the start, Specialized offers two model series, the Turbo Vado SL 5.0 as well as the Turbo Vado SL 4.0 — each as a clean urban bike (but at least with integrated lights) or as an EQ version with full commuter equipment (mudguards, stand and rack). The drive system is identical in each case, differences are rather to be found in the components of the bikes:

The innovative Future Shock suspension of the 5.0 models is especially interesting here: This is mounted above the head tube and offers up to 20 mm of suspension, which is intended to increase driving comfort.

All new Turbo Vado SL models are available in four frame sizes from S to XL. A version with a comfortable trapezoidal frame — as known from the regular Vado models still available (without “SL” and with the Brose drive) — is unfortunately not (yet) available. All further information on the new models can be found directly on the Specialized website.