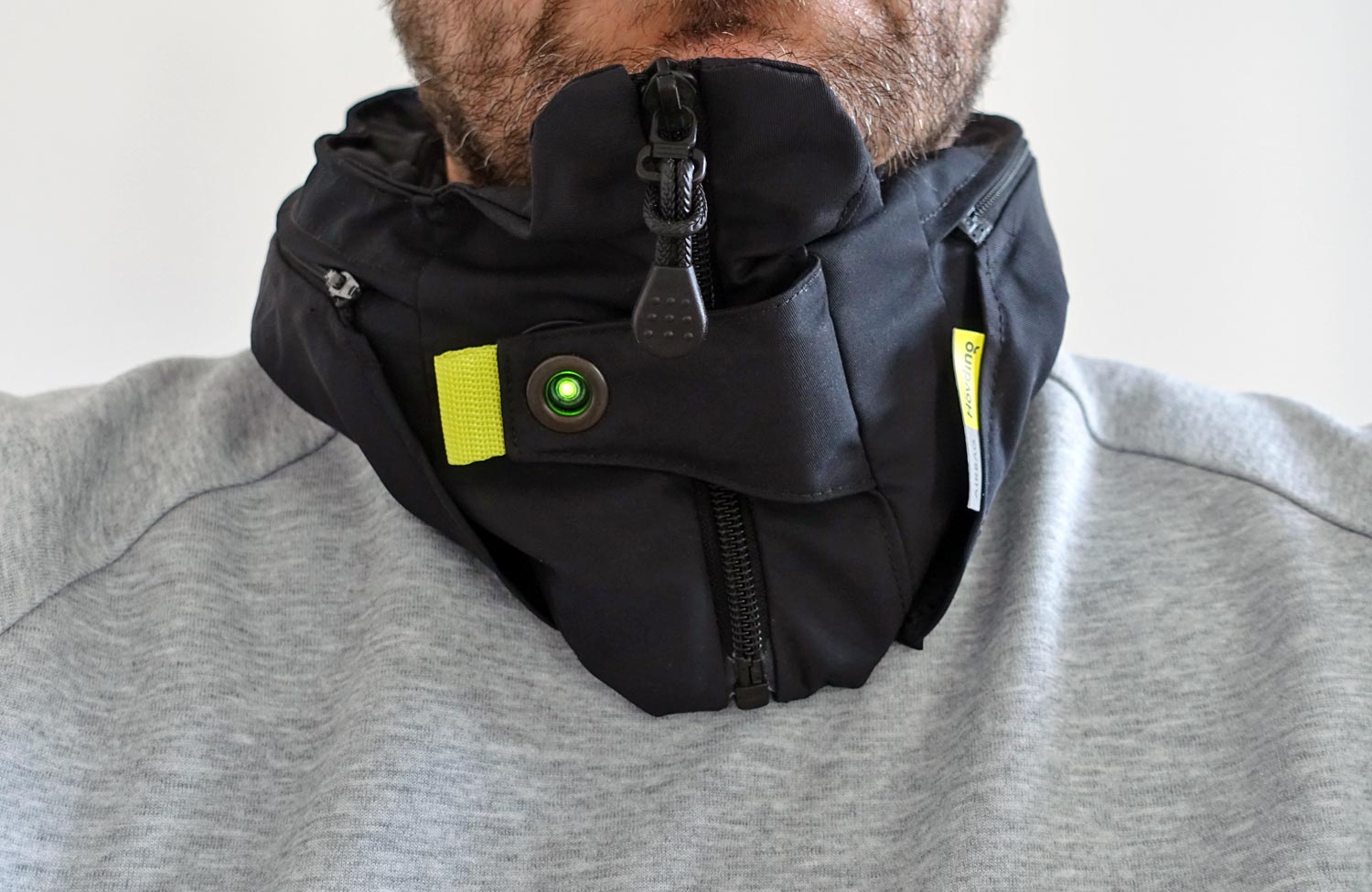 From the predecessor to the latest model

Hövding 3: The innovative airbag cycling helmet in our review

What is that? A neck brace? Although the innovative Hövding airbag helmet has been available for almost 10 years, this bicycle helmet alternative still has a certain exotic status in this country. But it’s well worth taking a closer look at the thing!

Basically, a brief description of the Hövding’s function: it is a collar that you wear around your neck. Inside the collar is a sensor system that measures and evaluates the speed of movement when the Hövding is activated. An accident is recognized as such if the movement of the Hövding suddenly increases extraordinarily. Then an airbag is triggered within 0.1 seconds and forms a protective hood around the head. By the way, this only makes the helmet suitable for “normal” use with a bicycle or e-bike in a relatively upright sitting position on the road. For mountain biking as well as for S-pedelecs, e-scooters or other means of transport, the Hövding is not approved. The power for all the technology is provided by an integrated battery, which allows a runtime of about 15 hours — so you do not have to recharge after each ride.

By the way, a Swedish insurance company determined back in 2012 that this airbag system not only fulfills its purpose, but is even safer than a conventional bicycle helmet. Compared to those conventional helmets, however, it must be pointed out that the Hövding can only be triggered once — after that it is destroyed. Although a helmet should of course also be replaced after a real fall, it is quite forgiving of minor mishaps.

In this context, it should be mentioned that this Hövding 3 is not used here entirely voluntarily. A quick downward head movement was what caused the predecessor model Hövding 2.0 to trigger. No accident, no outside interference and thus rather something from the category “false triggering”. A loud bang and then sat quite tightly the hood around the head. Very annoying, but at least this Hövding had already lasted about 5 years — without anything to complain about! Due to its advanced age, no warranty could be claimed, but for newer models there is now a crash replacement offer, with which a replacement helmet is offered somewhat cheaper.

So what were the reasons for ordering the new Hövding 3? First and foremost, of course, that it is not a helmet! Who has an aversion to helmets, finds with the Hövding a perfect solution to still be well protected on the bike. In summer you can enjoy the cool breeze around the head, in winter the collar then protects the neck from too fresh cold air. You see: the reasons for this system are not only rational to explain …

The handling of the collar is very easy: you put it around your neck, close the zipper on the front from the bottom up and let the flap with the round metal button snap into place. Done! An acoustic signal then informs you that the Hövding is activated, and an LED also lights up at the front.

What you have to get used to is the weight of the Hövding 3. At 840 grams, this is significantly heavier than ordinary bike helmets — and also heavier than the previous model, which weighed just under 700 grams in size L. However, after a short period of getting used to it, the higher weight of the new helmet was fine — although everyone has to decide for themselves where their personal comfort zone ends.

After all, the weight increase of the current Hövding generation also has a big advantage: while the collar was previously available in three different sizes, now only one size is available. But this can now be flexibly adjusted thanks to the integrated BOA system, which means that the Hövding can then also be adapted seasonally — for example, you can wear it a little wider for a jacket underneath in the cold season, and a little tighter in the summer.

The smartphone app from Hövding is more than just a technical gimmick; it is also an innovation of the third generation. On the one hand, it allows the software of the airbag system to be updated wirelessly via Bluetooth. It also offers an interesting function called ICE. This stands for In Case of Emergency and means that after the airbag is deployed, a message with the position of the supposed accident is sent to selected contacts. Of course, this requires that the smartphone is present and connected to the Hövding — which is certainly not always the case. Otherwise, the app offers the option to record rides, displays the exact battery status, and also provides information about things like CO₂ saved or calories burned. However, those who simply want to use the Hövding in its intended function as a helmet replacement can of course do so without the app.

The Hövding is charged via a modern USB-C port at the bottom back, which is directly accessible from the outside (the predecessor’s replaceable cover had to be opened first). An LED next to it provides information about the charging status. While driving, you are then informed acoustically when the battery is running low: three longer tones announce a low battery level, 10 short beeps signal a critical battery level. Again, a convincing usability, where you hardly have to think about anything.

However, you have to think more about the price: the Hövding 3 is available for just under 300 euros, which — compared to normal bike helmets — is quite a proud sum. But here again, it is important to note that it is not a normal bike helmet and is the only alternative for those who do not like to wear a helmet.

Assuming that this Hövding again holds a few years (officially Hövding calls a life of up to seven years), the price is certainly okay; and should actually happen an accident, the protection of the helmet should be priceless anyway. However, its value should also be considered when the bike is parked: here you better carry the Hövding with you, because it can not be safely connected to the bike. 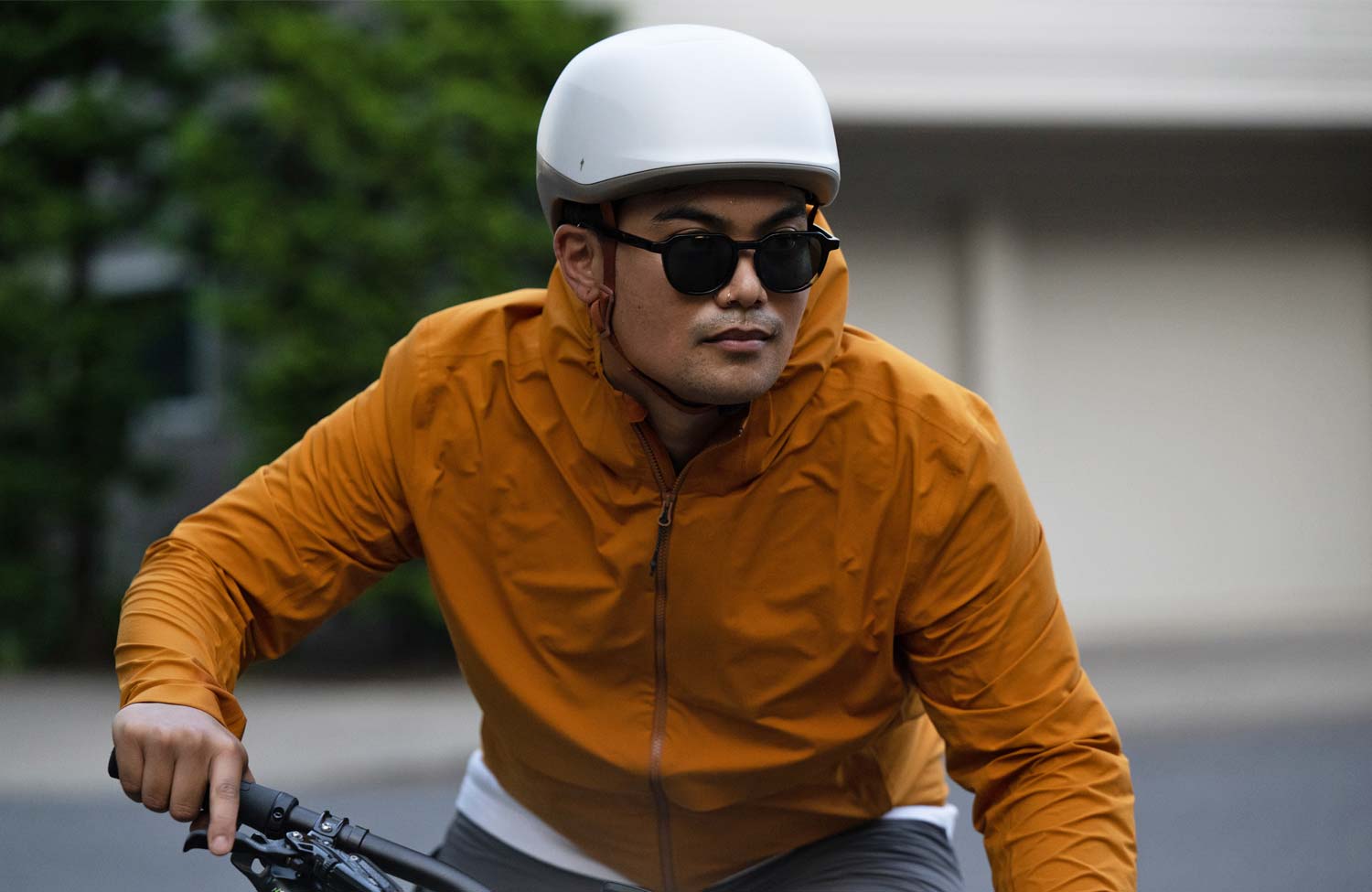 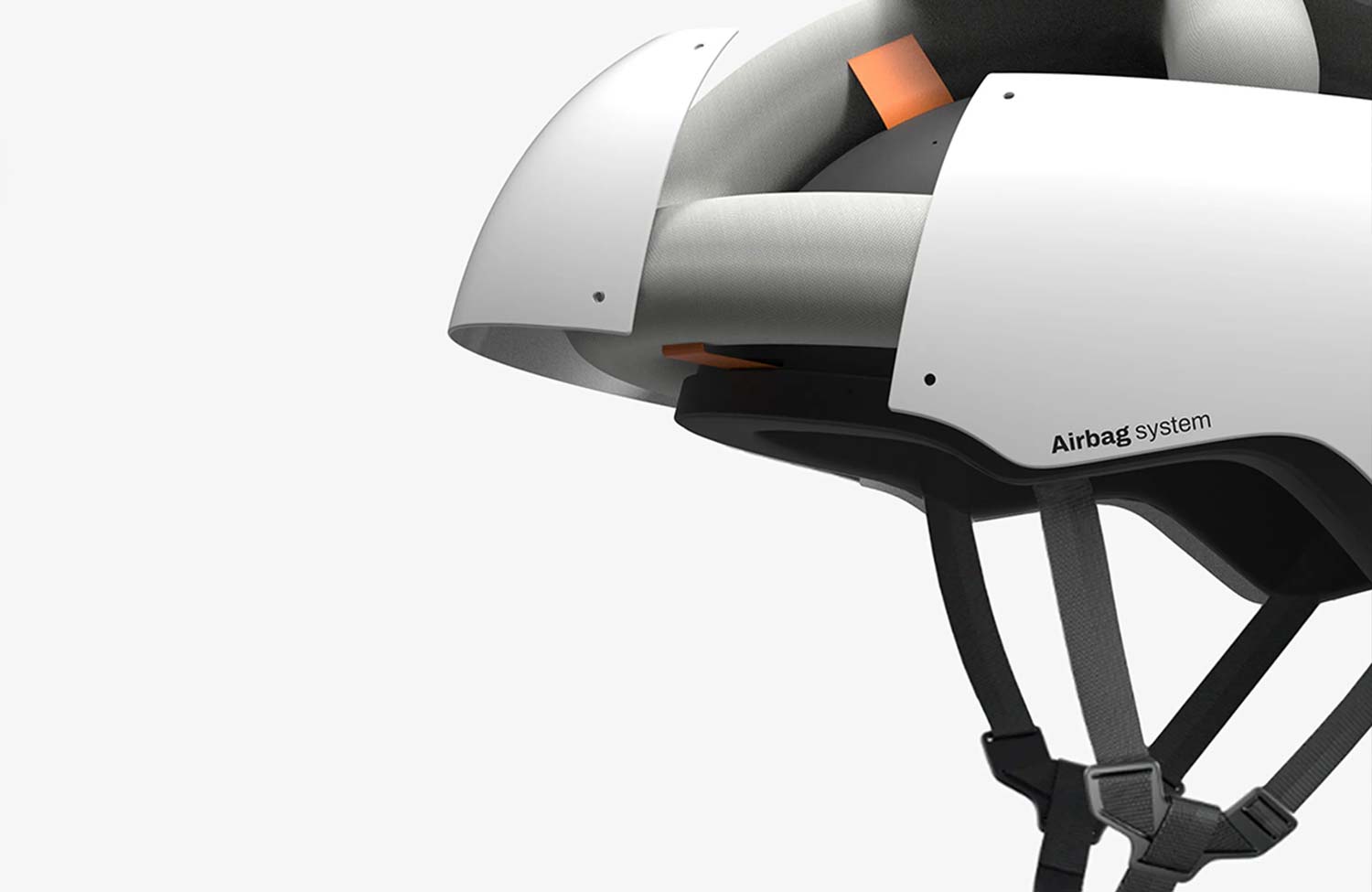 Double protection: POC and Autoliv are working on a bike helmet with integrated airbag